​This studio was a hybrid landscape architecture / architecture project on a real site in New Braunfels Texas. The land is owned by the New Braunfels Utility and serves as the primary hub for water distribution for the city. For decades the site remained a sheet of asphault, nearly 100% impervious cover, that drained into the Comal River with no public, ecological, or aesthetic value. The utility decided to rejuvenate the site and employed Ten Eyck, Lake Flato, and ecologists from the Lady Bird Johnson Wildflower Center to recover the hydrological function of the site and to restore natural habitat. Additionally some buildings were adapted / built on the site to provide a small amount of public and private programming.

Prioritizing these two goals of ecology and hydrology, our team decided that the land forms (constructed) should dictate the building placement. Our logic was that the landforms would determine the surface water flow, which in turn would determine the ecological habitat, which in turn would influence the placement of paths and programmable outdoor space (shade being the primary requirement in the Texas heat), which in turn would lead to ideal locations for buildings. Accordingly we carefully devised a cut & fill scheme for the site which would result in local high and low points to detain the water flowing across the site so it could be reabsorbed into the ground water table. The subtlety of these land forms are visible in the un-planted site model below. 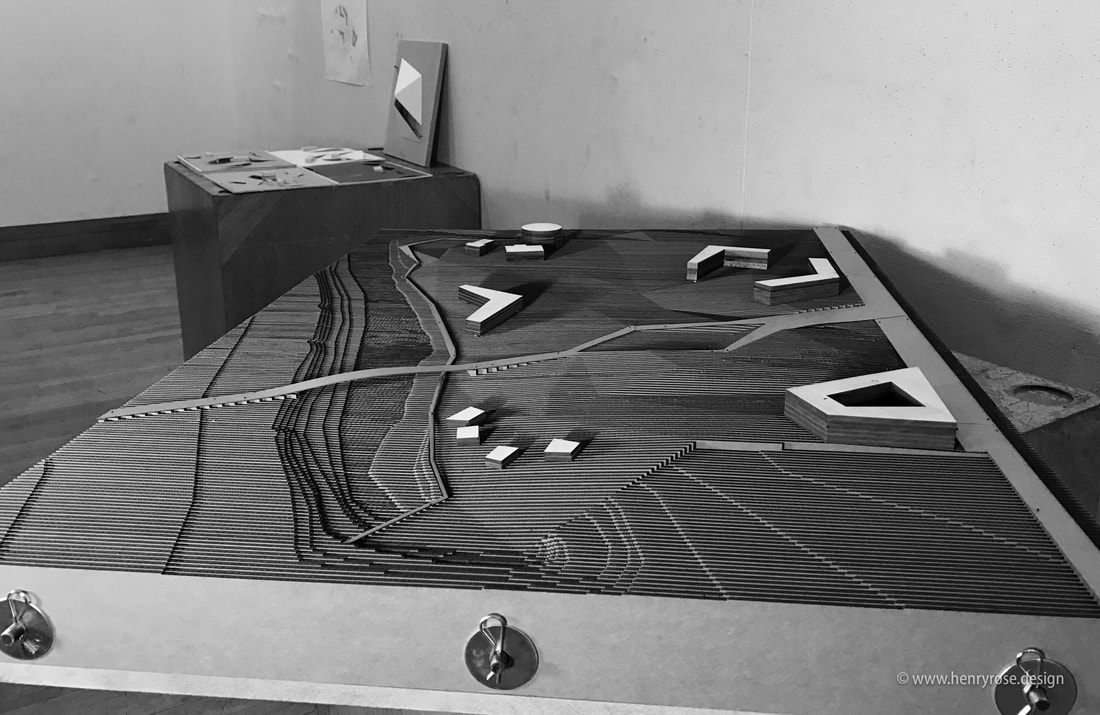 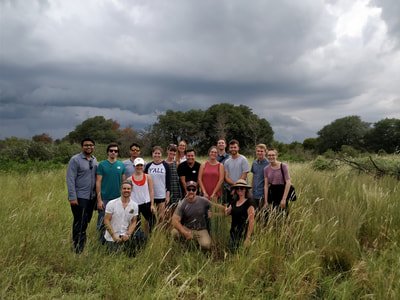 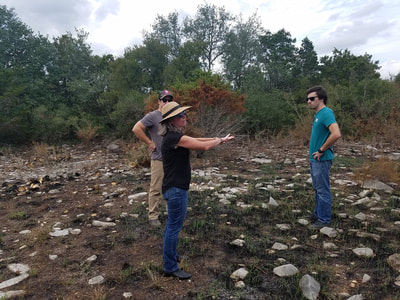 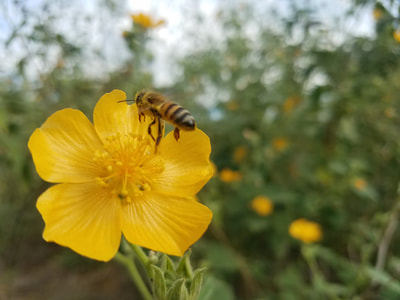 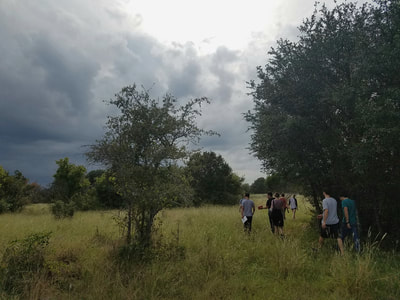 above: class visit to the Lady Bird Johnson Wildflower Center 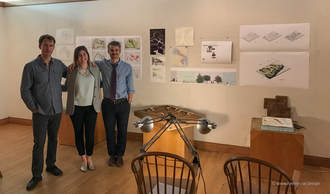 Encouraged to develop a more ambitious program that the one actually being created, our team decided to design a School for Craft and Ecology with an associated daycare / center for early childhood education. Our educational mission was to provide the opportunity for learning outside the normal matriculated school system, specifically in regard to the value and techniques for restoring, protecting and harmoniously living in the native landscape. Our target demographic was portion of the population outside of the normal educational age—under five, and over thirty. ​​Our architectural mission was to enable a 24 hour use of the site and to drive revenue, with commercial, residential and educational aspects intermingled. Classroom space for adults and children, artists residences, a restaurant and teaching kitchen, as well as multiple retail spaces were arranged on the site.  After-work classes for adults, for example, combined with drop-in daycare, is one way this would be accomplished. Our ecological mission, mentioned above, was to restore the hydrologic function of the site, and by extension the botanical and animal habitat. It was important for us to intertwine all three missions so that none could be said to be a priority.
Moving forward, our team split off to develop a portion of the site in more detail. I focused on the aspect of the program dedicated to hosting events, e.g. weddings, as well as serving as a gallery space for the art / craft created on the site by the resident artists. The primary architectural problems I chose to address were two: A) how to create outdoor space that was inhabitable in the heat, and B) how to work an accessible ramp through the building that would serve as the deep eaves for the south & east facades as well as an intriguing way to view the artwork in the gallery as it spirals through the back of the building. 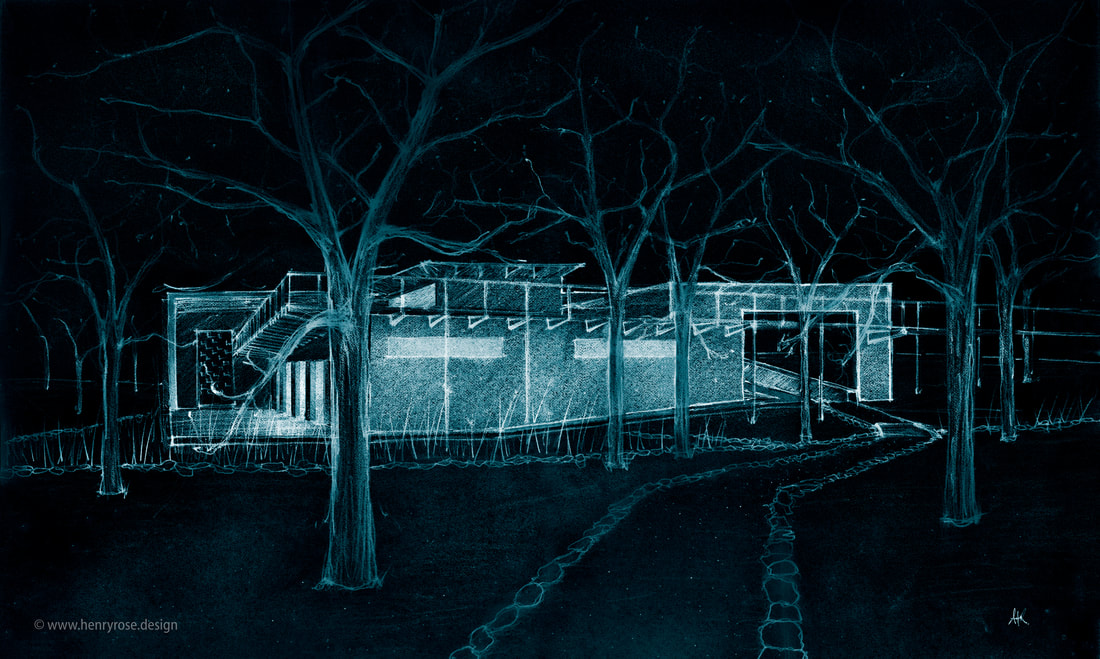 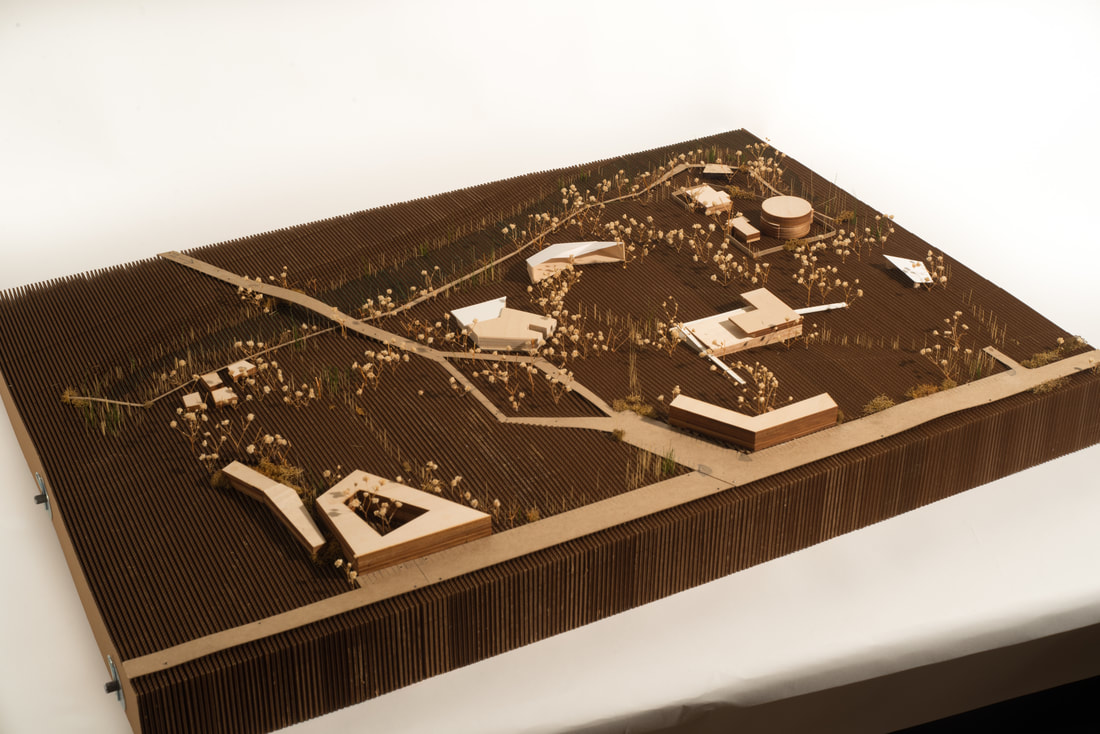 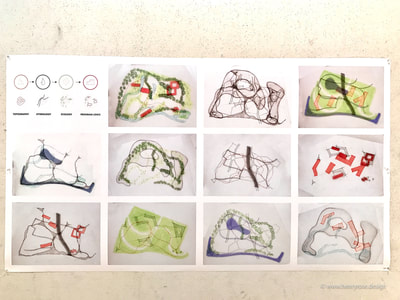 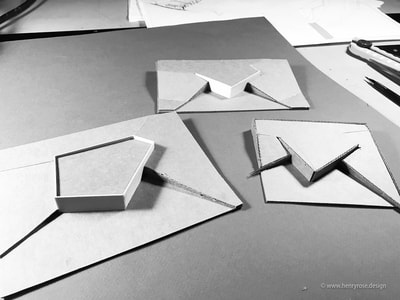 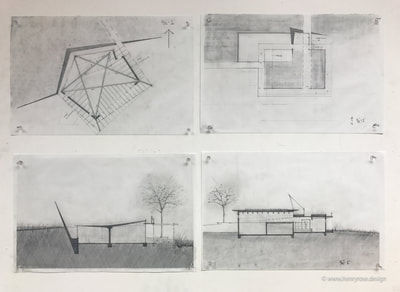 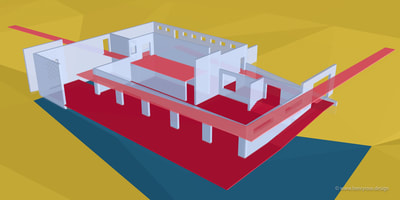 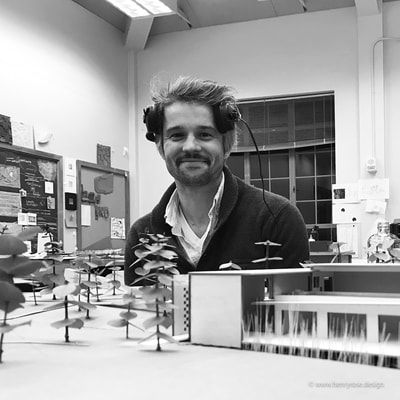 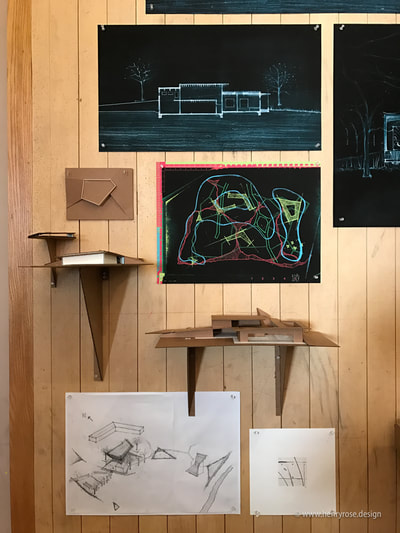 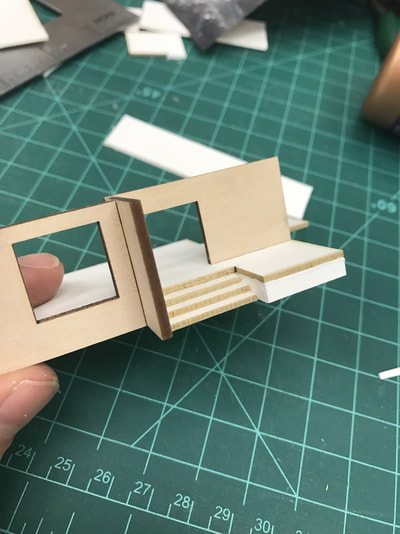 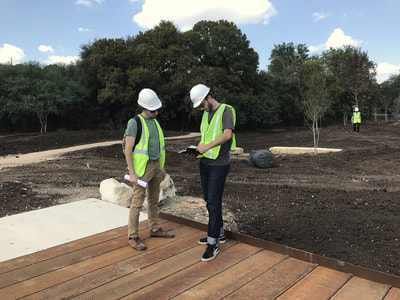 © A. Henry Rose, 2021. Excerpts and photos may be re-published provided that full and clear credit is given and directly linked to the original content.