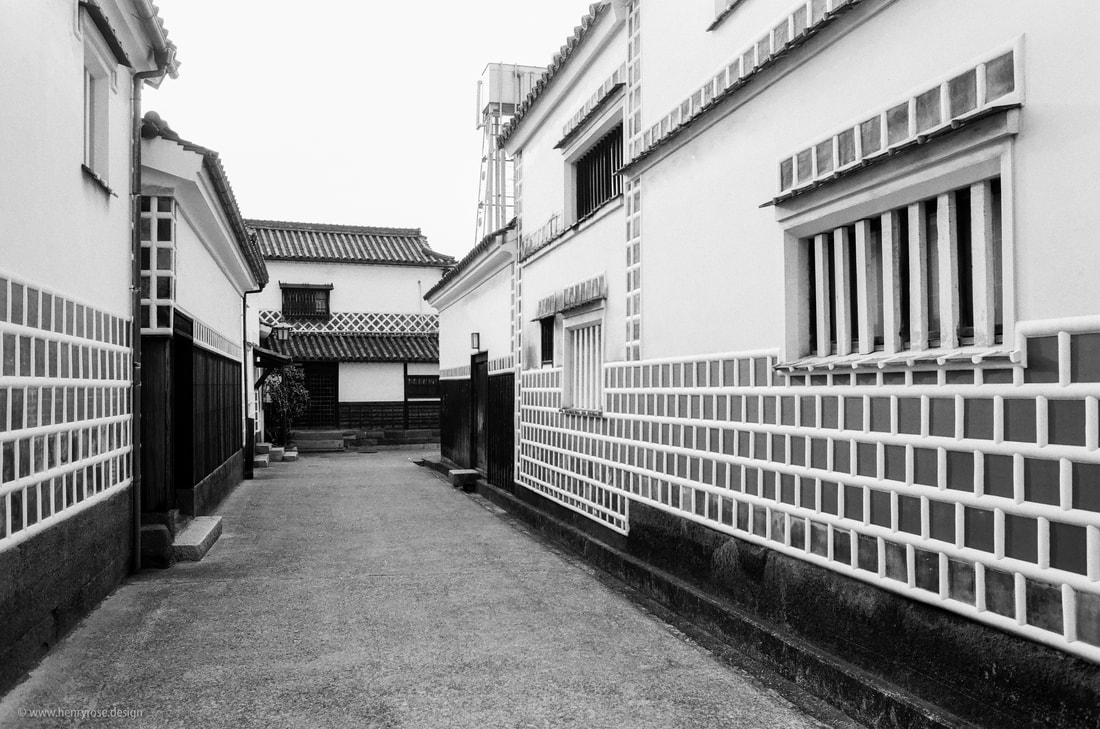 Canal District, Kurashiki, Okayama Prefecture — 倉敷美観地区、岡山県、 35mm Film, 2016.
T​hat architects could fail to see the inherent relevance of their discipline mystifies me. The sense of loss that accompanies critical theory through the last century, the indignation at that loss as if the practice somehow fell from grace—once sublime, now evermore benign, the tired oscillation of an argument between worn dichotomies—as if it were possible that such an elemental aspect of human civilization were so fragile as to suffer at the minds of men caught in the caprice of philosophical fashion is astounding. To a point, Kenneth Frampton writes:
"[One] has the sense that the rich seams of our cultural heritage will soon be exhausted, burnt out, particularly when a cannibalized lexicon of eclectic historical references, freely mixed with modernist fragments and formalist banalities, serves as the superficial gilt with which to market architecture, to situate it finally as one more item within an endless field of free-floating commodities and images … [an] ever-changing gingerbread-charade."
Wherefore the bleak prognosis? Is this really the position from which architecture, albeit that of the Euro-American 1980’s, must extract itself? What is more, if this is simply the formulation of a general post-modern malaise at the loss of meaning, the supposed collapse of truth, must architecture be similarly afflicted? Or is there not some resistance in its method that would allow it to thrive despite these miserable conditions.

​​I believe that there is and I will try to explain why. First, to be clear, this is not a critique of Frampton’s position (I think his appraisal is apt); it is a critique of the position in which he finds himself. His attempt to redeem the discipline, even in a self-consciously ‘marginalized’ way, is respectable, but he does not go far enough. Beneath the critic’s woeful lament resounds the same refrain: architecture has lost its voice, it lacks a suitable language, the forms are contrived, trite, antiquated references and empty universals. We tried minimalism but the bone-white walls were unnervingly cold in the moonlight, returning a vacant gaze so we twist the skeleton frame now and we paint its face, but the puppet caricature just laughs, and laughs. It mocks us. Beneath it all is a great metaphysical sigh. “As far as architecture is concerned, there seems to be little chance today that large-scale undertakings will yield works of cultural significance,” Frampton resigns himself. 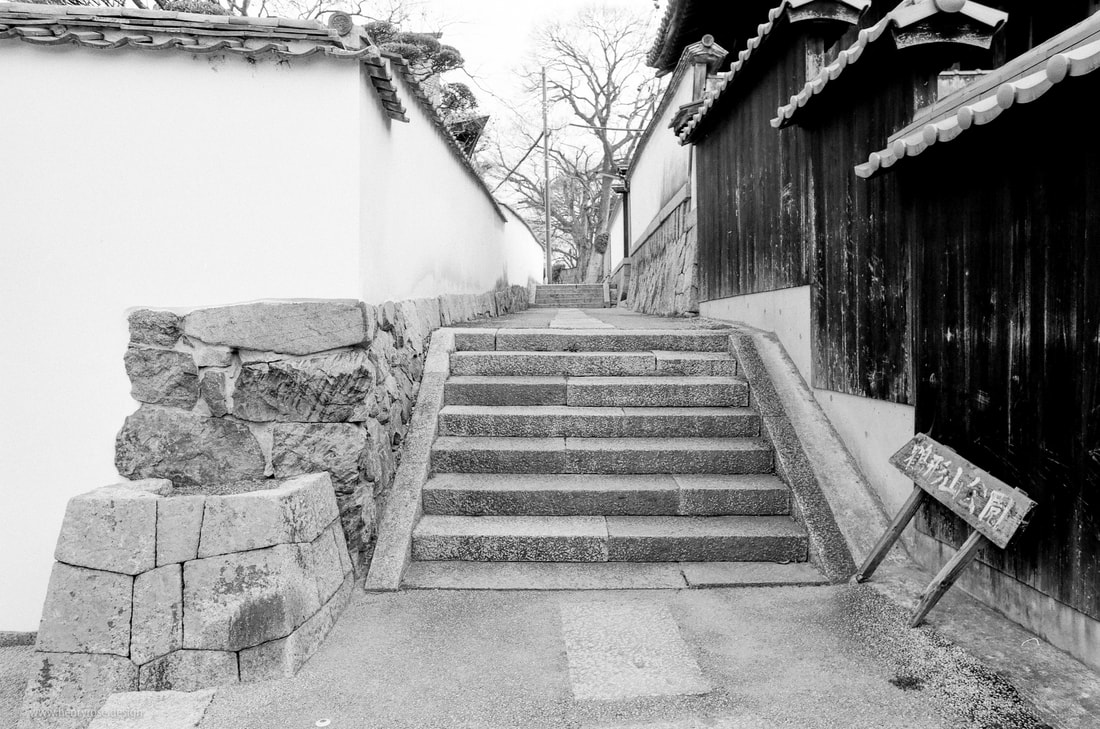 Kanryu-ji (temple), Kurashiki, Okayama Prefecture — 観龍寺、倉敷、岡山県 — 35mm Film, 2016.
How did the condition of architecture became so misconstrued? What could possibly have changed that we are no longer capable of building anything culturally significant? I believe there is a great distortion in play, a warp along the curve of centuries slight enough to evade notice, which really has nothing to do with architecture specifically but has skewed the way we think about it along with everything else. I speak of the exaltation of the rational mind. Likely sparked by Descartes’ radical proposition "cogito ergo sum" in 1641 and unmistakable in Kant’s bold attempt 150 years thence to flood the last dark corners of the human psyche in Religion Within the Limits of Reason Alone, the Western Scientific Method had come to reign. Empirical evidence is judged in the intellect. The conscious observer stands apart. Man is the thinking animal. His works express his ideas, and in the end, his cultural achievements are measured by the scope of his thought.
​You may chose to reject this flash through history as inaccurate or unconvincing but this is where I begin, and when we begin here, things unravel.** The purpose of architecture, I will argue, is not to express an idea at all. Thus at no point is the lack of language a problem, for its purpose is not to speak. That there is symbolic meaning in architectural forms does not indicate that their primary function is to convey this meaning, and by extension, that this is how they attain cultural significance. Do we really think that the value of the majestic mosaics at Shah and Lotfollah has anything to do with an idea? Do we stand stupefied in Sainte Chapelle and say, ‘I cannot believe someone thought of that”–? No. We say “I cannot believe they made that.” It is the simple fact that these structures were built at all which makes them so impressive.
​
We lose much when we forget this. Architecture is building. It is inescapably the product of human activity: the use of tools and techniques honed over generations which amount to a collective knowledge that belongs as much to the human body as it does to the human mind. Architecture is not primarily an intellectual endeavor, and it is surely nothing without craft. This is the source of its wealth, the resistance to the metaphysical weariness I suggested above, its immunity to despair. Let us return to this rich heritage. Let us not forget that it is the making of things with reverence and with care which captures in itself this selfsame activity as a celebration of human life and passes that along to the next generation. We have new tools, but there is nothing to keep us from building beautiful things.  ​ 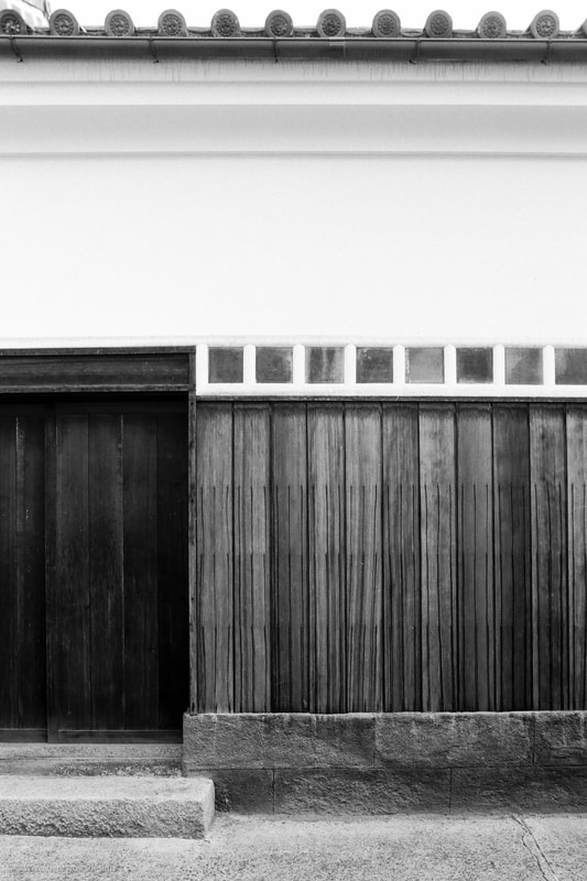 Kurashiki, Okayama Prefecture — 倉敷美観地区、岡山県、 35mm Film, 2016.
​*Kenneth Frampton,  "Ten Points on an Architecture of Regionalism: A Provisional Polemic." Center 3: New Regionalism, 1987 (20-27).
​
**This is a curious position to defend with an argument because to do so presumes the structures it calls into question. I suggest some ways to do this here, but the point is that the subordination of the rational mind is a useful concept. Many good things follow from trusting what the body knows, as that which supports the mind, and accordingly by refining our knowledge through health rather than through the manic consumption of data processed in syllogism.

The mind is just one of many interrelated structures of the body. It is powerful, and like all power has a scalar quantity without a value-oriented direction, working for good and for ill alike, capable of extraordinary self-deceit, self-loathing and self-destructive behavior. To me, nothing is more dubious than Descartes' radical self-doubt, since he has excised from his argument the only thing that would validate it: his corporeal existence. There is another response. If my position begins to sound like faith, that is, radical self-trust, I permit this association. In both cases, towards doubt or belief, there is a structural leap that must be made beyond (rationalist) epistemological limits. The typical question is, at this famous moment, breaking on the rocky shore of the mind, faced with the howling winds of aporia—which way do you jump? I want to push this even further, and suggest that the healthy individual does not experience this crisis, does not even ask herself this question.
© A. Henry Rose, 2020. Excerpts and photos may be re-published provided that full and clear credit is given and directly linked to the original content.